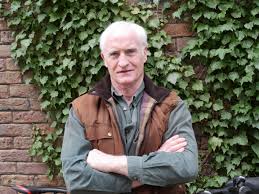 Environmental community groups across the county were recently featured in Mayo PPN drop the Red and go all for green online video series, which attracted thousands of viewers from across the world. The video series highlighted the work of several community groups in making Co. Mayo a more environmentally friendly county. These included Mulranny Green Plan, Bertra Climate Action, The River Moy Trust, Bangor Erris Parish Hall, Tourmakeady Sustainable Energy Group, Balla Community Group and The Ballina Green Town Group. The initiative was developed by the Mayo Public Participation Network in collaboration with the Climate Action Office in Mayo County Council. It has received recognition from environmentalist, architect and television personality, Duncan Stewart. Commenting on the video series Stewart praised the county on its tremendous work and believes “it would be very useful for other community groups in the country to have a look at these videos to get some ideas on what projects they could embark on”.